This is getting embarrassing... Prime Minister Stephen Harper, do something!


The man who calls himself Abu Muslim sits with his fellow fighters, members of the group Katiba al Muhajireen, and raises his rifle for the camera. He has come to Aleppo to fight, he tells the man who has come to interview him for Britain's Channel 4. A Muslim convert, he--like some 100 others joining the jihad in Syria's civil war--has left his family at home. In Canada. 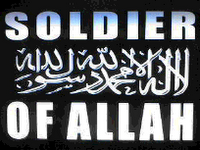 The United States' neighbor to the north is experiencing a radicalization problem, according to a confidential report by the Canadian Security and Intelligence Service (CSIS). Made public earlier this year through a Freedom of Information Act request filed by Canada's National Post, the report confirms that "Islamist extremists are now radicalizing Canadians at a large number of venues," ranging from mosques to dinner parties and even the family home.
"Parents have radicalized children, husbands have radicalized wives (and some wives have radicalized or supported their husbands," the study's authors contend, "and siblings have radicalized each other."
Indeed, according to one assessment cited by the Canadian Broadcasting Company (CBC), "with the exception of the United States, there are more terrorist groups active in Canada today than in any other country in the world." And while most of their activity is based abroad, a study published earlier this year by the International Institute for Counterterrorism (IIC) shows that 25 individuals have developed or been involved in four plots against Canadian targets since 2006. Of these, eight were Canadian born; three were converts to Islam; and 20--nearly all--were between the ages of 18 and 35. Most were affiliated with al-Qaida. Among them:
This does not include the hundreds more suspected of taking part in terrorist attacks abroad, including at least 100 of Canada's jihadists who, like Abu Muslim, have headed off to join the fighting in Syria. (Abu Muslim is now suspected to have taken part in an attack on an Abu Duhur military airport this past summer.) Notably, while the Muslim population of Canada is smaller than that of the U.S., more Canadian than American Muslims are thought to have joined radical groups in the Syrian conflict.
But it is not just in Syria: Canadian radicals have also been involved in attacks elsewhere: the suicide bombing of a courthouse in Mogodishu; the bombing, by members of Hizballah, of a bus in Bulgaria carrying a group of Israeli tourists; and the attack on a gas plant in January which killed hundreds of refinery workers in Algeria.
Most visible, and certainly among the most active of these Muslim extremists, is the controversial Khadr family, most or all of whom are alleged to be members of al-Qaida. (Father Ahmed Said Khadr, who emigrated to Canada in 1977 from Egypt and waskilled battling Pakistani forces in Afghanistan in 2003, was believed to be an al-Qaida founding member and financier.) 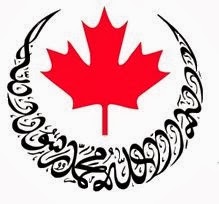 Not all of Canada's Islamic terrorist activity involves violence, however. Financing for foreign terror groups has a long history in the country, as terror expert Ilan Berman testified before the U.S. House of Representatives Committee on Homeland Security in 2011. Other Canadian investigations during the 1990s also revealed connections to Hizballah that "reportedly includes the procurement of funds, human smuggling, especially into the United States, and the provision of safe houses from which future attacks can be plotted." (Whether or not those connections still exist today is unclear.)
What does seem clear, however, is that the radicalization of Canadian Muslims is not only continuing, but growing, as the ICC report indicates. It is a problem moderate Muslims can sense as well; Algerian-born Zakaria Fellah, a U.S. citizen who lived in Canada from 2000-2001, says that there are "hotbeds for – I am careful not to say extremism, but certainly an orthodox view of Islam." Indeed, several high-profile honor killings in Canada, as the IIC report also notes, would seem to confirm the solid presence of orthodox radical Muslims within the Canadian Muslim community.
Yet much of the blame for this, Fellah believes, stems not only from the Muslim community (though several mosques in Canada are known to be connected to extremist groups) but "the lax codes, the accommodation, the multiculturalism charter." That would, for instance, partly explain the 2004 efforts to introduce Sharia tribunals in Ottawa--a move shockingly supported by former attorney general Marion Boyd. And given that a 2011 survey by Leuprecht and Winn showed that as many as 88 percent of Canadian Muslims support the idea of integrating Sharia law into Canadian society, the subject is likely to come up again soon. The outcome is anyone's guess.
That alone is an issue that other countries will probably confront as well in the near future, and it stems, in part, from the ease with which radicalization can take place. And it is not just in Canada; as the de-classified CSIS report states, since "radicalization involves the mutual confirmation of extreme views among a group of people, it can take place wherever these people gather"--or, in other words, just about anywhere.
That viewpoint is not foreign to the international counterterrorism community, of course: it accounts for such oft-debated security measures as the monitoring of mosques and tapping of telephones--actions many condemn as "undemocratic."
And yet, consider that the authors of the International Institute for Counterterrorism review have come to one very clear conclusion: that "stopping radicalization is an impossible task." If they are right, then the challenges to world democracy may be greater than we think.