Here we go again... Can we just stop with the pussy (woosie) footing, already? It is an empirical fact Moslems want to kill us...

Posted on October 10, 2013 by creeping
The FAA, DHS, FBI, the White House and all the media cover are covering it up and clamoring for open borders, amnesty for illegals and taking direction from Muslims who want to destroy the U.S.
via 10 News Investigators find memo warning about terrorist “dry-runs” on airplanes | wtsp.com.
Orlando, Florida — It was a flight bound for Florida, and some airline pilots believe it also may have been a dry-run for terrorists.
The 10 News Investigators have obtained an internal memo that details a frightening incident that brings back memories of the September 11, 2001 terrorist attacks.
Since then, federal efforts have gone in place to prevent a similar attack, leading many to believe another attack what happened on 9/11 could never happen again.
Wolf Koch, who flies Boeing 767s for Delta Airlines and is the Aviation Security Committee Chairman for the Air Line Pilots Association International, says that belief “is very foolish.”
Koch describes the events of 9/11 as “an incredible attack on us. It was very well orchestrated and they’re going to try it again… 100 percent, no question in my mind. They’re going to try it again.”
According to  Koch,  many other flight crews are concerned the planning may already be underway.
A memo obtained by the 10 News investigators from the union that represents pilots for US Airways says that “there have been several cases recently throughout the (airline) industry of what appear to be probes, or dry-runs, to test our procedures and reaction to an in flight threat.”
READ: The Security Update Memo (PDF)
Koch says, “What most security experts will tell you that if a dry-run is occurring, the attack will shortly follow.”
The pilots say the most recent dry-run occurred on Flight 1880 on September 2. The flight left Reagan National Airport in Washington D.C. and headed to Orlando International. 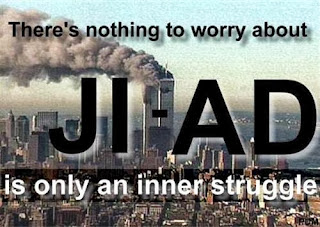 Crew members say that shortly after takeoff, a group of four “Middle Eastern” men caused a commotion.
The witnesses claim one of the men ran from his seat in coach, toward the flight deck door. He made a hard left and entered the forward bathroom “for a considerable length of time.”
While he was in there, the other three men proceeded to move about the cabin, changing seats, opening overhead bins, and “generally making a scene.” They appeared to be trying to occupy and distract the flight attendants.
The 10 News Investigators contacted both US Airways and the Transportation Security Administration both confirmed the incident. US Airways says it won’t discuss the details of security measures, but that it works closely with authorities.
The TSA told us it takes all reports of suspicious activity aboard aircraft seriously, and the matter requires no further investigation  at this time.
However, a current Federal Air Marshal who works flights every week says of the TSA, “They’re liars. They’re flat out liars.”
The Air Marshal, whose identity we are not revealing because agency rules prohibit him from talking to the media, says  the TSA doesn’t want the flying public to be aware of the problems with terrorist probes.
The Air Marshal and others we have spoken to say several flights they have worked were targets of dry-runs and that most of his colleagues believe no matter what the TSA says,  the incident aboard Flight 1880 is serious.
Until now, there has been absolutely no publicity about the US Airways flight from D.C. to  Orlando International Airport, but security experts say incidents  like this should not and cannot be ignored.
As the Federal Air Marshal and industry insiders  tell us, “We’re waiting for the next 9/11 to happen, because it’s not a question of if. It’s a question of when.”
CREEPING SHARIA: http://creepingsharia.wordpress.com
Posted by Red Fox at 2:29 AM