Islam and the Dream Act

Oh, you'll love this... Look at whose getting in on the Dream Act scam...

So, Dick Durbin is a little uncomfortable today.
And you should be uncomfortable, Dick.  But if you were a real man, you'd be saying SOMETHING.  But you're not.  But I honestly don't expect more.  I mean, you're DICK. 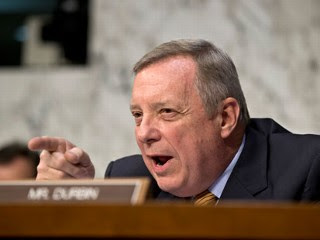 You see, Dick is a big supporter of the Dream Act, referring to them as "American Dreams" and highlighting their stories as a big ol' attraction on his website.  One of those "American Dreams" of his is a chick named Alaa Mukahhal.  In fact, Dick featured her in a presentation he made in the U.S. Senate on January 31, 2012.  He "stood on the Senate floor and delivered an emotional appeal for the Dream Act, using Mukahhal as a shining example of the kind of person who would benefit from immigration reform. Durbin introduced Mukahhal as a woman of Palestinian descent, though her now-scrubbed Facebook page says that she was born in Kuwait, and read aloud an emotional letter from her."
That emotional letter from her?  It included this little ditty:  “Being undocumented and with no pathway to citizenship means I actually can’t use my architectural degree. It means I can’t get a job and move forward my life. This year, once again we wait for Congress to do the right thing and give undocumented young people all across America a chance to better serve our communities and our country. I’m an asset to this country, a resource, with a desire to make good use of my degree. I want to work to be able to design affordable housing for low income communities.”
She wants to be an ASSET, you see.  Isn't that neat?
And Dick even closed his Senate Speech about Ms. I-Wanna-Be-An-Asset by saying, "In the finest American tradition, Alaa has become an activist. She has stepped out to introduce herself to America, so we know who these Dream Act students are."
But here's where the story gets a wee bit sticky for ol' Dick.
People with brains started looking at Mukahhal, and huh - her Facebook page isn't as innocent and benevolent as Dick wants us to think she is. And wouldn't you know it - chick HATES her some Israel, y'all.  Almost as much as she hates the United States.  Interesting, seeing as how she's sucked off American taxpayers to become such a FREAKING ASSET here and all.
In fact, "after Sen. Durbin held up the photo of her with the US flag featured prominently, Alaa took to herFacebook page to chortle about how the flag wasn't there to show any love for the United States -- a country she said she hated when she came here -- but a PR prop."
Lovely poster girl Dick has there, huh?
But wait, there's more, as uncovered by Breitbart - because God knows DICK wasn't going to do hishomework:

In an open letter to her parents, Alaa doesn't discuss architecture but her passion for community organizing:
Dear Mama and Baba, I can’t stop organizing. Organizing is the reason I get up in the morning. I have to, need to organize because the alternative, doing nothing and staying silent is more oppressive than the immigration system itself.
The rest of her Facebook writing reveals the real Alaa, full of bitterness and anger about almost everything. In a Facebook rant last year, Alaa blames her undocumented status on Israel.

I'm undocumented in America today because of the catastrophe (Nakba) in 1948.
Alaa loves to comment on 'white people,' whom she sees as the cause of many problems. On April 6th, Alla had a message for anyone who dared to speak out on the topic of Muslim women, with special attention paid to "white people" and what she refers to as "your governments."

April 6
Every damn time, without fail, there's news about Muslim women, everybody suddenly becomes an expert about Islam, Muslims, women in Islam, & Middle Eastern politics.
Here's a PSA: shut the fuck up. 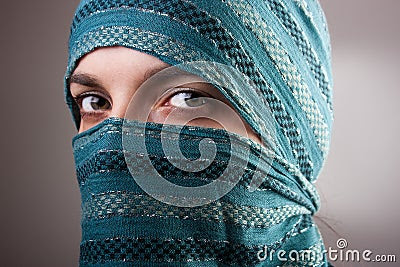 Here's another PSA, esp to white ppl: stop trying to "liberate" or "save" us. Seriously, just quit. Everybody. You wanna help? Tell your damn governments and people to stop bombing our countries, end your imperialistic shit, and treat us as the human beings that we are who actually make decisions for ourselves. So sick of seeing all these people giving their irrelevant analysis every time a Muslim woman sneezes.
Just quit. I've run out of patience for ya'll.

Last November, she boasted about a protest she was part of in Illinois to get illegal immigrants driver's licenses and issues a warning to 'white people in suits':

Driver's Licenses for all, that's what!
1000 brown people descending upon Springfield, white people in suits, beware!
Earlier in the year, she crypitally quoted Malcolm X.

July 18 via mobile
By any means necessary.

We can all extend a big SAAAAAALUTE to our pal Dick for allowing us to get to know this gem named Alaa Mukahhal.  A chick who's ILLEGALLY sucked off of you and me all her life, only to stick her big, fat middle finger up at you in return for the favor.  Along with her good friend DICK.
Thanks for the free ride, America!  SCREW YOU!
And yet, SHE IS STILL HERE.  ILLEGALLY.
Happy Friday, everyone.
http://chicksontheright.com/posts/item/24737-ruh-roh-dick-durbin
Posted by Red Fox at 10:11 AM