Where Will Germany Find 100 Camels?


That is a lot of camels. I doubt there are 100 camels in all of Berlin. But who are we to argue with the enlightened wisdom of Mohammedan justice?

As Taccidin Yatkin drove in the spring of 2013 to a reconciliation meeting with the Lebanese extended family Omeirat, he hoped that both sides in Arab tradition would join hands and would drink tea. In January 2009, Yatkin’s son Ali had hit the 17-year-old Mohammed Omeirat when he went through a red light with his Alfa Romeo and fatally injured him.
As the former president of the Central Council of Turks in Germany entered the premises of the Lebanese Association in Berlin-Neukölln, he knew that the victim’s family didn’t want to smoke a peace pipe.
There waiting were the Omeirats, 40 to 50 members of the family and other Arab clans. The message of the scenario was clear: Who does not cooperat, messes with the entire extended family Omeirat. Parts of which the police consider to be organized crime and which has distinguished itself primarily through property and violent crimes.
The director at the meeting was the Imam of the Mosque of Omar Neukölln reciting from the Qur’an determined that the case should be “solved according to Sharia”. The son of Othe meirats had been killed and the person responsible for it was not punished. According to the “law of our country he is guilty, whether he acted negligently or intentionally.”
Yatkin protested. “I do not accept Sharia. We live in Germany. My son has been acquitted by a court of law.” However, the argument did not impress the Imam.
During the talks on reparations Yatkin was put under pressure: “We do not want to threaten you, but if you’re on the road, we can not guarantee your life.” 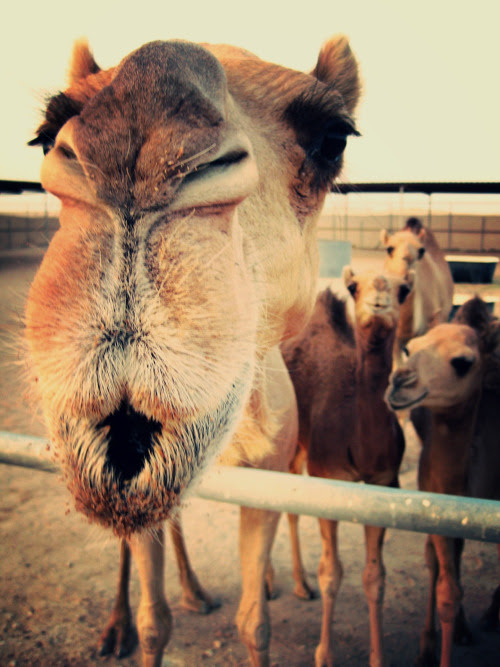 Mighty fine car you have there. Would be a shame if something happened to it because you wouldn’t give us 100 camels.
As compensation first 100 camels were required – not in the desert, but in the middle of the metropolis of Berlin. Converted into euros at the exchange rate was a sum of 55,000 euros. After much haggling in the end was a demand of 20,000 euros and Yatkin’s concern that threatens his family’s suffering.

This impotence of law enforcement leaves the Neukölln SPD deputy Erol Özkaraca pulling his hair out, “It is unbearable to witness how  organized crime penetrates it right here in the form of Sharia law.”
The Omeirats who obviously needed money, used a 3000 year old oriental tradition to resolve conflicts by crime. This Islamic model of conflict resolution has three pillars: mediation to reconcile perpetrators and the victim’s family, reparation by payment of money and vigilante justice, for revenge or to undermine the criminal monopoly of law by the threat and use of force.
The motto “We are under the control” is in Muslim-dominated immigrant areas, especially in Berlin, Bremen, Lower Saxony and North Rhine-Westphalia , an informal parallel justice emerged in the tradition of Sharia. Especially frequently and rigorously practiced by the Lebanese, Palestinian and Kurdish extended families here continue to live in their tribal structures – poorly integrated and isolated from German society. Family feuds, defamation, land and money disputes and turf wars in organized crime are controlled internally.

Everyone pays some camels and lives in their own little Sharia state in which the only law comes from the Koran and the sword. And all this is taking place in Germany.