muslims Suing Because They Can't Pray on the job

OMG, SHUT UP, ALREADY! Be grateful in that you at least a have a decent job, you Somali ingrates!!

And, The Jimmy Z Show: http://thejimmyzshow.blogspot.ca


CINCINNATI –- A formal complaint will be filed against global shipping giant DHL Express after 24 Muslim employees say they were fired from a Northern Kentucky facility for protesting a rule change that undermined their ability to pray at work.
The Cincinnati chapter of the Council on American-Islamic Relations held a news conference at 1 p.m. Thursday to announce the filing of an Equal Employment Opportunity Commission (EEOC) civil rights complaint on behalf of the former workers at the DHL Global Mail facility in Hebron, Ky.
Only three of the fired workers were full-time employees of DHL. The others were part-time workers who helped through temporary service agencies, according toCAIR-Cincinnati. CAIR staff attorney Booker Washington says all of the fired employees are Somali Muslims.
According to a press release from CAIR, the complaint contends the individuals were dismissed from their jobs Oct. 9 for “asserting their right to reasonable accommodation for their religious practices, including daily prayer."
On that night, the entire group of 24 stopped working and began silent prayer. That's when they were fired and escorted off the property by deputies from the Boone County Sheriff's Office, based on information from a report made by the Boone County Sheriff's Office. 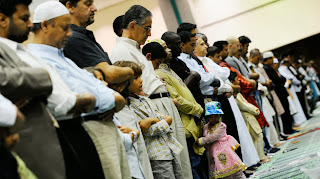 CAIR-Cincinnati Executive Director Karen Dabdoub said the workers were fired after they "asserted their legal rights."
The employees in question had been using their break time to perform the evening (Maghrib) prayer, according to CAIR, the United States' largest Muslim civil liberties and advocacy organization. They would go off in groups of five or six to pray for three to five minutes and then another group would follow them.
However, the DHL site decided to eliminate “flexible break times,” which CAIR says prevented the men and women from practicing their faith, according to Dabdoub. She says that's why the workers felt like they had no choice but to pray together.
Dabdoub said they offered to go off the clock in order to pray at the required time.
Two of the women who were fired said at the press conference that they were told they could not break for prayer before 8 p.m., but others were  allowed non-scheduled cigarette breaks, 9 Your Side's Jay Warren reports.
“CAIR has informed the company of its obligation under the law to reasonably accommodate these workers’ religious practices,” Dabdoub said. “Instead of abiding by the law and doing the right thing, DHL has decided to stand behind their violation of these workers’ civil rights.”
The organization says the firings violate Title VII of the Civil Rights Act of 1964, which prohibits employers from discriminating against individuals because of their religion in hiring, firing and other terms and conditions of employment.
The act also requires employers to reasonably accommodate the religious practices of an employee, unless doing so would create an “undue hardship” for the employer.
If the EEOC deems that a violation of the workers' right transpired, they can issue a "right to sue" letter. Such a letter must be issued before a lawsuit can go forward under Title VII, according to the EEOC website. That process usually takes between six months to a year, according to legal counsel for CAIR.
Muslim employees at a DHL subsidiary in Columbus, Ohio, Exel Inc., have reported similar problems over the past few years.
In March 2013, the central Ohio branch of CAIR filed a complaint against Exel on behalf of 18 Muslim employees who were allegedly fired for praying in the workplace.
The workers reported that they had asked the company multiple times for prayer accommodations, including adjusting break times and/or the chance to take their prayer breaks without pay. But the company denied any of the accommodations proposed by the employees. 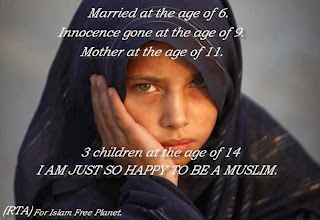 One manager allegedly told the employees they should pray in the bathroom so they wouldn't be seen praying. Other managers told them to "obey the rules or get fired," according to an article on PRNewswire.com.
A similar incident transpired about one year earlier at the same facility.
In April 2013, the Columbus Dispatch reported that a Yusuf Sufi, 23, filed a lawsuit accusing Exel of using religious discrimination and retaliation, and wrongfully terminating him in May 2012.
Roman Iqbal, a staff attorney for CAIR Ohio, filed on lawsuit on Sufi's behalf after receiving a right to sue letter from the EEOC.
According to the suit filed in U.S. District Court in Columbus, Sufi was hired in April 2011 and given permission to use vacation and other time-off hours to attend Friday afternoon worship, which is mandatory in his religion. He said management eventually allowed him to combine his breaks to attend the services.
The Dispatch report says Sufi claims those permissions were revoked when new supervisors were brought in. He also said the company told him he'd be penalized if he declined to work Friday overtime shifts when requested, according to the lawsuit.
He was fired when he told management he could not skip Friday worship, Sufi alleges.
Iqubal says the lawsuit is in the discovery stage and ongoing.
9 On Your Side has made several phone calls to DHL's corporate offices in an attempt to get a response from the company. A spokesperson for DHL and Exel said they were working on a response.DHL Express is a division of the German logistics company Deutsche Post DHL, one of the largest logistics companies in the world.
Officials with CAIR say the organization has helped resolve a number of similar cases involving prayer in the workplace. It offers a booklet, called "An Employer's Guide to Islamic Religious Practices," to help corporate managers gain a better understanding of Islam and Muslims.
The booklet is an effort to enhance the organization’s mission to improve the “understanding of Islam, encourage dialogue, protect civil liberties, empower American Muslims, and build coalitions that promote justice and mutual understanding.”