Anti-Islamic Sentiment on the rise in Canada

GOOD... Canada is waking up and determined not to go down the path of Europe...

Recently, a 17-year-old Muslim girl strolled from the Al-Noor Mosque in St. Catharines, Ontario to the plaza across the street. She was planning to buy a drink and snack. Then three non-Muslim teenage girls began asking her valid questions. “Isn’t it against your religion, to be out walking alone?” asked one.

‘Ugly’ words escalated into pushing, then punching. (Of course, they don’t report what the Muslim said to the girls) “There was blood. She went to the hospital to make sure her nose wasn’t broken,” Hamdani said. “Her hijab (headbag) was pulled. You can’t keep it on during a fight.”

The altercation outside a convenience store was rough enough to be noticed from a nearby optometrist’s office, where witnesses called the police. Before they arrived, a woman walking a dog also stepped in. Two 16-year-old girls were charged with assault. They can’t be named under the Youth Criminal Justice Act. The girl from the mosque wasn’t badly hurt, at least not physically.

Hamdani worries, though, that the girl’s immigrant parents might feel differently about the place they’ve chosen to live. Then there’s the matter of how the girl’s head scarf—the sort that covers a woman’s hair, not her face—might have factored into the incident. “Those girls who wear the hijab, or were thinking of it, will wonder, ‘Will people pick on me?’” Hamdani says. 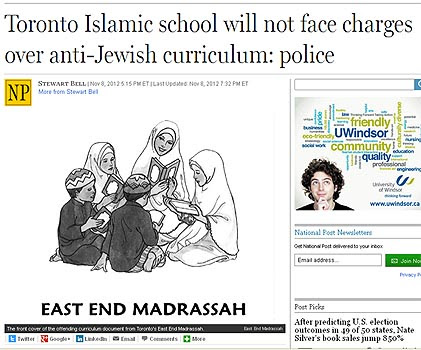 Across Canada, Muslims have reason to feel concerned about how they are perceived when other Canadians identify them by their religion. A poll conducted by Angus Reid Public Opinion early last month, the results of which were made available exclusively to Maclean’s, found that attitudes toward Islam have deteriorated markedly across the country over the past four years. 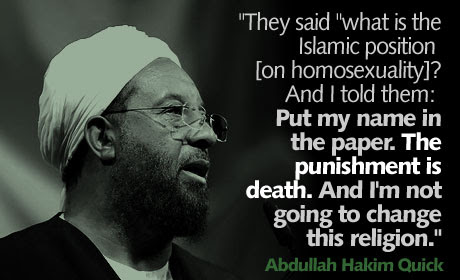 This snapshot of public opinion comes as the Quebec government’s proposed “charter of values,” which would forbid provincial employees from wearing obvious religious garb and jewellery on the job, sparks heated debate about religious expression. In fact, the poll shows that opinion in Quebec, while markedly less tolerant of religious minorities overall than in other provinces, hasn’t grown less favourable toward Muslims in recent years.

In 2009, Angus Reid found that 68 per cent of Quebecers held an unfavourable opinion of Islam. Asked the same question this fall, the Quebec result was pretty much level, at 69 per cent.

But in the rest of Canada, where 46 per cent held an unfavourable view of Islam in 2009, that figure has risen sharply to 54 per cent this year. By comparison, 39 per cent outside Quebec held an unfavourable opinion of Sikhism, the faith with the biggest public-opinion problem after Islam. All the other religions were regarded unfavourably by less than 30 per cent of Canadians, and those who see Christianity, Judaism, Hinduism and Buddhism in a good light far outnumbered those harbouring suspicions. 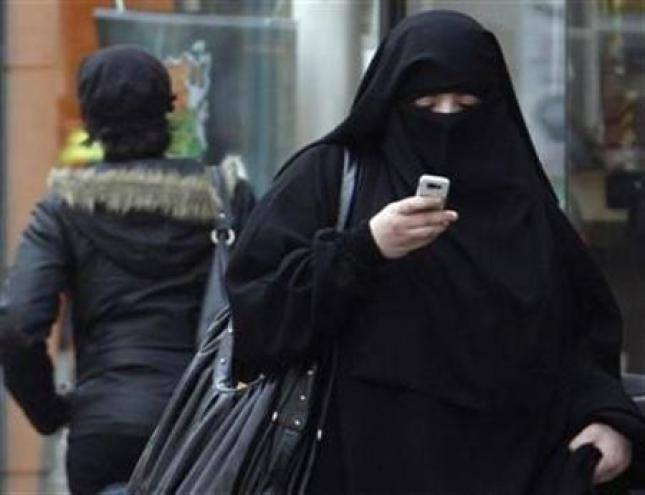 In Quebec, 48 per cent said they would find it unacceptable for one of their children to marry a Muslim, up slightly from 45 per cent in 2009. In the rest of Canada, those who found the thought of a son or daughter marrying a Muslim unacceptable shot up to 32 per cent from 24 per cent. Rejection of the idea of a child marrying into any of the other religions was considerably lower.

The ﬁnding that only Islam is viewed unfavourably by a majority of Canadians has to be deeply discouraging, of course, to those who work to improve the standing of Muslims in Canada. But, given a string of unsettling news stories in recent years—from what police called an “al-Qaeda-supported” plan to derail a passenger train in Toronto, to a prominent court case about whether a Muslim woman should be allowed to testify while wearing the niqab religious veil—the opinion shift is not entirely unexpected.

“It’s surprising and it isn’t,” said Ihsaan Gardee, executive director at the National Council of Canadian Muslims. “This is something that we’re constantly working on, the misperceptions that people have about Islam and Muslims. It certainly doesn’t help that in our political discourse, issues come up that are sensationalized in the media.”

Founded in 2000 as the Canadian Council on American-Islamic Relations (CAIR), Gardee’s group changed its name last summer to underscore its Canadian roots. The council has always focused on defending Muslim liberties, so the legal debate in Quebec over those proposed prohibitions on religious symbols in provincial workplaces is a core concern for the group. 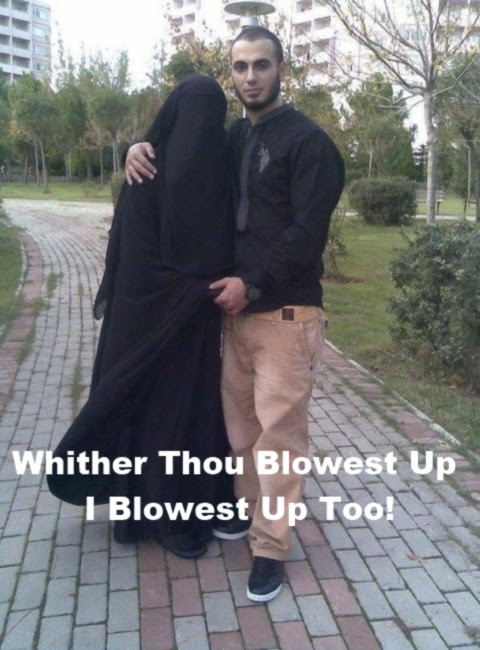 But Gardee says the council also tries to train Muslim leaders to engage more skillfully with the media, on everything from handling an interview with a reporter to writing an op-ed article. The aim is to improve the way Islam is portrayed. Among the most difﬁcult issues is veiling. “The niqab is obviously an issue that’s almost like a lightning rod, how it plays out in the public discourse,” Gardee says. “It’s come to the fore, in terms of the number of stories written about it.”

Angus Reid’s poll, an online survey of 2,025 adults conducted early last month, discovered that many Canadians who don’t mind other religious clothing do object to Muslim women covering their faces. Asked about the burka, a loose garment that leaves only an opening for the eyes, 90 per cent of Quebecers and 62 per cent in the rest of the country said they shouldn’t be allowed in public sector workplaces.

But on the hijab, a much simpler headscarf without a veil, the portion of Quebecers opposed to allowing them dropped to 63 per cent, while fully 65 per cent of Canadians elsewhere supported letting public servants wear them at work.

Opinion on the hijab appears to be divided along similar lines to other religious headgear. Gardee acknowledges that some opposition to veiling can’t be put down to outright bigotry against Muslims. Many see the issue as a matter of women’s rights. “There’s concern about whether this is something being imported and pushed on people,” he says. “We understand that concern.”

Still, burkas and niqabs remain relatively rare in Canada. The hijab is a much more common sight. Shahina Siddiqui, president and executive director of Winnipeg’s Islamic Social Services Association, says she often counsels Muslim parents and their daughters about the choice to wear one or not. 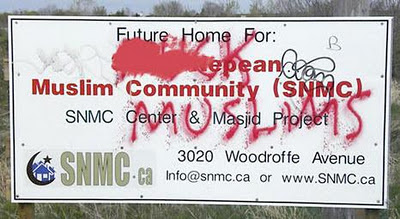 In some cases, Siddiqui says, the tension is over a daughter’s wish to follow the tradition and the parents’ reluctance. “People have this impression it’s the parents pushing it,” she says. “Some parents do not want their daughters wearing the hijab.” (Siddiqui herself wears it, but only started after she immigrated to Canada from Pakistan.) “My advice is, if it works for you, do it,” she says. “If you feel it isn’t comfortable to you, it doesn’t bring you close to the creator, then forget it.”

Reflection of that sort might seem remote to a teenager cornered against the brick wall outside a strip-mall convenience store. And for Muslims facing a tide of opinion flowing against them, discussing the nuances of personal choice might seem beside the point. Whatever it takes to reverse trends in public attitudes, and reduce the frequency of alarming incidents, Muslim leaders argue they shouldn’t be struggling without allies.

“I don’t think it should be up to the Muslim community alone to combat this growing anti-Islam sentiment,” says Gardee. “Most Canadians recognize that how we manage diversity is a discussion we should be having.”