I come across something new every day with the realm of Islam. Some things I wish I didn't. Islam is an entity of evil and its cruelty knows no bounds. But Islam is just plain absurd as well...

H/T to Defenders of Faith ~ Guardians of Truth:
http://cpnagasaki.wordpress.com/2013/09/14/muslim-toilet-etiquette/ 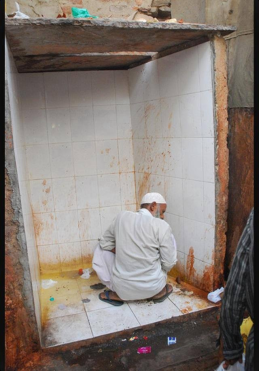 Here are the rules of Muslim urination and defecation. In brackets is the name of the compiler of the anecdote. My invitation goes out to Muslims to comment on these rules.
1 When going to the toilet, do not touch the private parts with the right hand. (Muslim)
2 Do not cleanse the private parts with the right hand. (Muslim)
3  After relieving oneself, use three stones or three clods of clay. (Muslim)
4 When using the toilet, do not face or sit with the back towards the Qibla. (Bukhari)
5 When intending to urinate, find a suitable place of privacy. (Abu Dawood) 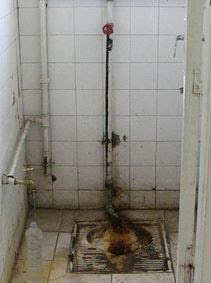 6 Do not urinate in stagnant water. (Bukhari)
7 Do not urinate in a bathroom since evil temptations are aroused.(Tirmidhi)
8 Do not stand to urinate. (Tirmidhi)
9 Do not converse with another person while relieving oneself. (Musnad Ahmad)
10 Do not relieve oneself at riverbanks, roads and shady places where people walk or rest. (Abu Dawood)
11 Pray to Allah before entering the toilet, as this will serve as a veil between the jinn and the private parts of humans. (Tirmidhi)
12 Do not wipe yourself with bones or dung. (Tirmidhi) 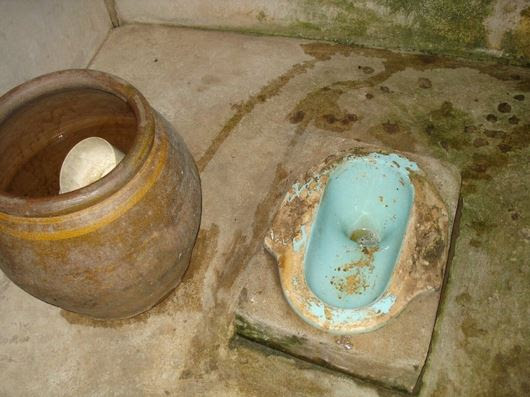 I print these so you will understand the minds of Mohamed and Muslim barrows. Can you imagine Jesus issuing such instructions, or a Jew or Christian needing them?
As stupid as these instructions are, they do not stand out as such among the general stupidity of Islam. Join the New Crusade to eradicate the stupidity of Islam.

DEFENDERS OF FAITH ~ GUARDIANS OF TRUTHhttp://cpnagasaki.wordpress.com/about/
Posted by Red Fox at 11:27 PM