In Defence of the English Defence League

This is an excellent article by Tim Burton, the views of a prolific writer in the UK, describing the true spirit, dedication, and determination of the EDL ensuring the legacy of England for our children and grandchildren...and for generations to come... 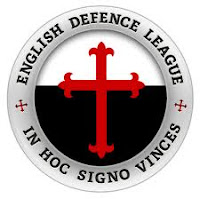 This essay has been prompted by a couple of things - firstly, that 25,000 Muslims in my home town of Birmingham, England, recently demonstrated against freedom of speech in a local park, an event that was traitorously supported by non-Muslim clergy of various denominations and parliamentarians from the three major political parties, and secondly, Mohammed Ansar and other prominent Muslim activists have been petitioning the Home Secretary (so far unsuccessfully) to have the EDL classified as a "hate group" so that its activities may be proscribed in the same way that Al-Muhajiroun (a genuine terrorist-supporting organisation) has been proscribed under the Terrorism Act of 2000.
I remember when even before the EDL first came into being years ago, there had been a growing feeling of resentment among many native English people that a blind eye was being turned by the police to an disproportionate level of criminality in the Muslim communities up and down the country. Not only were these Muslim communities failing to integrate with the rest of us, despite huge financial support from taxpayers and the renowned British tolerance inherent in the population, Muslim were forming ghettoes, displacing anyone non-Muslim through subtle and not-so-subtle campaigns of fear and intimidation, and indulging themselves in various anti-social activities such as the sexual grooming of non-Muslim female children and drug-dealing on an industrial scale. This was not so much a religious community, keeping themselves to themselves, as it was an invading and colonising force, thriving on unprecedented levels of welfare parasitism, and making a mockery of the "community cohesion" that various governments over the last 20 years or thereabouts have wanted us to enthusiastically embrace.

Not only Liberal / Labour governments, but also Conservative governments, have turned a blind eye to the problems that have been allowed to develop. Whether it was through the pure malice of Labour's attempt to "rub the right's nose in diversity" through unrestricted immigration, or the simple uncaring neglect by politicians of all stripes who assumed that by the time the proverbial brown stuff hit the air cooling device, they would have long since retired on gold-plated pensions, we have now arrived at a point where if something is not done, we will be headed down the path towards civil war. I have written extensively in articles on Twitter as to why I believe this is so, and a lot of my conclusions derive not just from my personal experience of having travelled widely throughout the Middle East and seeing Islam in action first-hand, but also from historical records and analysis of exactly what happens when Islam is allowed to expand unchecked in a community or in a country.
So it was against this background that the EDL came into being as a single-issue group, the issue being that of Muslim immigration and its negative effect on our communities. Almost immediately the Government denounced it as being composed entirely of bigoted, racist and ignorant people, and of course, "Islamophobes" - the new word du jour - was trotted out without any thought of whether any of these people actually HAD A POINT.
The leadership of the EDL, in my view, tried their best to openly and honestly present the group as being non-racist and non-violent while at the same time having a valid social comment to make - the kind of group to whose demonstrations you could take your young family or your elderly relatives to join (without any of the ugly overtones that have beset other groups like the BNP for example) and the expectation was that their point of view would at least be treated with respect and receive a fair hearing in the public arena. 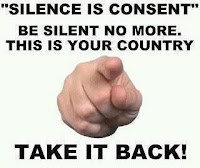 Unfortunately, things did not go according to plan. Right from the start agents provocateurs infiltrated the group and instigated violence with local Muslims during street demonstrations, there was the (possibly to be expected) element of football hooligans joining in for the prospect of a fight, and there was a heavily politicised police force whose instructions were obviously to suppress and crush the EDL at all costs while leaving bands of armed and roaming Muslims with a free hand to pick on and beat up any vulnerable members of the group who became separated from the main demonstration. The politicised nature of the police became especially obvious during one demonstration in Walthamstow where heavy-handed police "kettling" tactics virtually imprisoned large numbers of the EDL group without access to water, toilet or medical facilities for many hours, despite there being at least one young pregnant lady in the group in obvious difficulties, and again, armed and roaming bands of Muslim thugs were allowed to intimidate and assault non-Muslims in the area with impunity.
Despite all this, the EDL continues to represent the views of many common people like myself who believe that the unrestricted, uncontrolled presence of a large Muslim population in ANY Western country poses a significant danger to national security. An unbiased look attheir website is sufficient, in my view, to demonstrate that the EDL is in no way a "hate group" and is in no way racist or bigoted in the point of view they seek to get across to reasonable people. There is a HUGE problem, not with individual Muslims who, as I have often said, are generally charming and courteous, but with the political ideology of Islam, which, despite the denials of smooth-talking taqiyya artists such as Mohammed Ansar, seeks to subjugate us all under the barbaric rules of Sharia Law, which necessarily includes the suppression of freedom of speech, (as demonstrated by the support of the 25000 Muslims who turned out in Birmingham in late April) and which hides behind the cloak of religion to promote its totalitarian agenda of world domination. 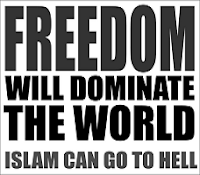 My last thoughts on this subject include a way in which the EDL could perhaps make itself more effective. In the US recently, the American Freedom Defence Initiative (AFDI, in conjunction with SION - Stop the Islamisation of Nations) produced an 18-point platform for a sane, sensible set of policies which freedom-loving groups in every Western country would do well to consider for adoption as follows:
In my view these policies could and should be considered for adoption by the EDL. In addition, ALL political groups in the West that care about the achievements of our Western civilisation and our Judaeo-Christian heritage and seeks to preserve that civilisation and that heritage for our children and grandchildren should give these policies due consideration.