This is the right thing to do and thank you, Canada. I always post the Islamists and their latest jihadist exploits, but once in a while, there is a child who is rescued from the clutches of Islam. This is one of them.

(Disclaimer, I disagree with virtually everything the Author of this article endorses because he believes in Islamic Reformation and we know that is impossible, but this one he got right).


This is no ordinary child, she is 15-year-old Rimsha Masih, the Pakistani-Christian girl who was accused of burning pages of the Qur’an and jailed, facing the death penalty under the country’s infamous blasphemy laws.
Millions of Canadians across our country celebrated Canada Day on Monday. For most of us it was an annual holiday, full of fun, food, parties and music.
But few of us can match the joy and gratefulness displayed in a modest home somewhere in the Greater Toronto Area by a teenage girl, who has yet to become a Canadian.
At the stroke of the midnight hour as the date changed to July 1, this teenage girl stood up, said a prayer along with 15 of her family and friends, then cut a cake celebrating her first ever Canada Day.

On August 16 last year, as she did every other day, Rimsha was collecting discarded paper from garbage in a slum near Islamabad, when a Muslim neighbour stopped her, claiming there were burned pages of an Islamic textbook in her plastic bag, and that this amounted to an “insult to Islam.” Shortly after the accusation, a Muslim mob went to Rimsha’s home and beat her up before police took the girl into custody, charging her with blasphemy.
Islamists in Pakistan wanted to burn the girl alive. The lawyer for the man who accused the girl of blasphemy told reporters that the girl was “guilty.” Then he warned: “If the state overrides the court, then God will get a person to do the job,” reminding everyone of the murder of two Pakistani politicians who had sought the release of another Christian woman rotting in prison on similar charges. 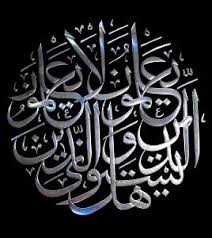 Rimsha’s case triggered outrage across the globe. France “urged the Pakistani authorities to release this young girl.” In the U.S., New Jersey Democratic Sen. Robert Menendez and five of his colleagues blasted the blasphemy law of Pakistan, demanding Rimsha be set free.
But the real work to save this child of God was done by us — Canadians. In our own discrete manner, Ottawa exercised quiet diplomacy with Islamabad, where thanks to President Zardari and also Chief Justice Iftikhar Chaudhury, Rimsha was freed from prison and allowed to leave to live in the shadows of our majestic mountains, wade in the waters of our countless lakes and breathe freedom, the elixir of civilized people.
Here in Canada, it is the Canadian group International Christian Voice (ICV) headed by Peter Bhatti (brother of assassinated Pakistani politician Shahbaz Bhatti) that is assisting the girl and her family to integrate in our society.

On Sunday, Bhatti took the family to a Catholic Church where Rimsha and her sister went up to the altar and sang Psalm 139 in their mother tongue Punjabi.

The promise of a new life in our great country is what you have to look forward to, Rimsha. As long as you live, you will never again have to face the bloodhounds of Islamism who chased you away. This is Canada’s commitment to you for blessing us with your presence. For all our flaws, you will soon discover why “the true North strong and free” is for the third year in a row judged as the country with the best reputation. Considering how Pakistan treated you, it is little wonder they were ranked near the bottom.

In your Punjabi, let me welcome you to Canada: “Ji ayan nun.”