The Beginning of the End (by Michael Snyder)


Rotting, Decaying And Bankrupt – If You Want To See The Future Of America Just Look At Detroit 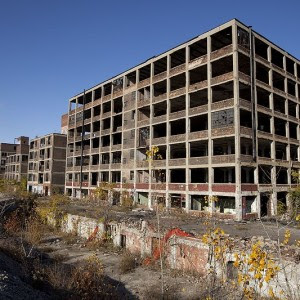 Eventually the money runs out.  Much of America was shocked when the city of Detroit defaulted on a$39.7 milliondebt payment and announced that it was suspending payments on $2.5 billion of unsecured debt, but those who visitmy site on a regular basis were probably not too surprised.  Anyone with half a brain and a calculator could see this coming from a mile away.  But people kept foolishly lending money to the city of Detroit, and now many of them are going to get hit really hard.  Detroit Emergency Manager Kevyn Orr has submitted a proposal that would pay unsecured creditors about 10 cents on the dollar.  Similar haircuts would be made to underfunded pension and health benefits for retirees.  Orr is hoping that the creditors and the unions that he will be negotiating with will accept this package, but he concedes that there is still a "50-50 chance" that the city of Detroit will be forced to formally file for bankruptcy.  But what Detroit is facing is not really that unique.  In fact, Detroit is a perfect example of what the future of America is going to look like.  We live in a nation that is rotting, decaying, drowning in debt and racing toward insolvency.  Already there are dozens of other cities across the nation that are poverty-ridden, crime-infested hellholes just like Detroit is, and hundreds of other communities are rapidly heading in that direction.  So don't look down on Detroit.  They just got there before the rest of us.
The following are some facts about Detroit that are absolutely mind-blowing...
1 - Detroit was once the fourth-largest city in the United States, and in 1960 Detroit had the highest per-capita income in the entire nation.
2 - Over the past 60 years, the population of Detroit has fallen by 63 percent.
3 - At this point, approximately 40 percent of all the streetlights in the city don't work.
4 - Some ambulances in the city of Detroit have been used for so long that they have more than 250,000 miles on them.
5 - 210 of the 317 public parks in the city of Detroit have beenpermanently closed down.
6 - According to the New York Times, there are now approximately 70,000 abandoned buildings in Detroit.
7 - Approximately one-third of Detroit's 140 square miles is either vacant or derelict.
8 - Less than half of the residents of Detroit over the age of 16 are working at this point.
9 - If you can believe it, 60 percent of all children in the city of Detroit are living in poverty.
10 - According to one very shocking report, 47 percent of the residents of Detroit are functionally illiterate.
11 - Today, police solve less than 10 percent of the crimes that are committed in Detroit.
12 - Ten years ago, there were approximately 5,000 police officers in the city of Detroit.  Today, there are only about 2,500 and another 100 are scheduled to be eliminated from the force soon.
13 - Due to budget cutbacks, most police stations in Detroit are now closed to the public for 16 hours a day.
14 - The murder rate in Detroit is 11 times higher than it is in New York City.
15 - Crime has gotten so bad in Detroit that even the police are telling people to "enter Detroit at your own risk".
16 - Right now, the city of Detroit is facing $20 billion in debt and unfunded liabilities.  That breaks down to more than $25,000 per resident.
As Detroit Emergency Manager Kevyn Orr noted last week, it took a very long time for Detroit to get into this condition...

“What the average Detroiter needs to understand is that where we are right now is a culmination of years and years and years of kicking the can down the road,” said Orr, adding that his proposal should not be seen as a “hostile act” but as a step in the right direction.

Does that sound familiar?
It should. 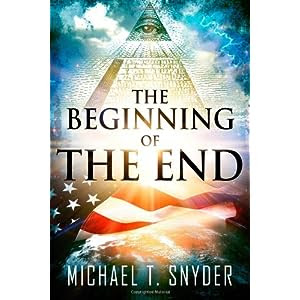 U.S. politicians have also been kicking the can down the road for "years and years and years".
But eventually you can't kick the can down the road anymore.
Sometimes it is helpful to step back and look at what we have done to ourselves over the past several decades.
For example, back in 1980 the U.S. national debt was less than one trillion dollars.  Today, it is rapidly approaching 17 trillion dollars.
And our debt binge has greatly accelerated under Barack Obama.
During Barack Obama's first term, the federal government accumulated more debt than it did under the first 42 U.S presidents combined.
Isn't that insane?
In fact, if you started paying off just the new debt that the U.S. has accumulated during the Obama administration at the rate of one dollar per second, it would take more than 184,000 years to pay it off.
The following are a lot more facts about our exploding national debt from one of my previous articles entitled "55 Facts About The Debt And U.S. Government Finances That Every American Voter Should Know"...
#1 While Barack Obama has been president, the U.S. government has spent about 11 dollars for every 7 dollars of revenue that it has actually brought in.
#2 During the fiscal year that just ended, the U.S. government took in2.449 trillion dollars but it spent 3.538 trillion dollars.
#3 During fiscal year 2011, over a trillion dollars of government money was spent on 83 different welfare programs, and those numbers do not even include Social Security or Medicare.
#4 Over the past four years, welfare spending has increased by 32 percent.  In inflation-adjusted dollars, spending on those programs has risen by 378 percent over the past 30 years.  At this point, more than100 million Americans are enrolled in at least one welfare program run by the federal government.  Once again, these figures do not even include Social Security or Medicare.
#5 Over the past year, the number of Americans getting a free cell phone from the federal government has grown by 43 percent.  Now more than 16 million Americans are enjoying what has come to be known as an "Obamaphone".
#6 When Barack Obama first entered the White House, about 32 million Americans were on food stamps.  Now, 47 million Americans are on food stamps.  And this has happened during what Obama refers to as "an economic recovery".
#7 The U.S. government recently spent 27 million dollars on pottery classes in Morocco.
#8 The U.S. Department of Agriculture recently spent $300,000 to encourage Americans to eat caviar at a time when more families than ever are having a really hard time just trying to put any food on the table at all.
#9 During 2012, the National Science Foundation spent $516,000 to support the creation of a video game called "Prom Week", which apparently simulates "all the social interactions of the event."
#10 The U.S. Department of Agriculture gave the largest snack food maker in the world (PepsiCo Inc.) a total of 1.3 million dollars in corporate welfare that was used to help build "a Greek yogurt factory in New York."
#11 The National Science Foundation recently gave researchers at Purdue University $350,000.  They used part of that money to help fund a study that discovered that if golfers imagine that a hole is bigger it will help them with their putting.
#12 If you can believe it, $10,000 from the federal government was actually used to purchase talking urinal cakes up in Michigan.
#13 The National Science Foundation recently gave a whopping$697,177 to a New York City-based theater company to produce a musical about climate change.
#14 The National Institutes of Health recently gave $666,905 to a group of researchers that is studying the benefits of watching reruns on television.
#15 The National Science Foundation has given 1.2 million dollars to a team of "scientists" that is spending part of that money on a study that is seeking to determine whether elderly Americans would benefit from playing World of Warcraft or not.
#16 The National Institutes of Health recently gave $548,731 to a team of researchers that concluded that those that drink heavily in their thirties also tend to feel more immature.
#17 The National Science Foundation recently spent $30,000 on a study to determine if "gaydar" actually exists.  This is the conclusion that the researchers reached at the end of the study...