Well, if I am surprised, I'm faking it, but the developments are leaving me rather perplexed. In that President Obama would even consider such a thing is outrageous in itself, but now there is the issue of hold-outs and and broken promises....

The United States and the Taliban have said officials from both sides will meet in Doha, the capital of Qatar, on Thursday, in a step forward for a stuttering peace process after 12 years `,of bloody and costly war between U.S.-led forces and the insurgents.
By Hamid Shalizi
KABUL | Wed Jun 19, 2013 7:47pm BST

(Reuters) - Afghan President Hamid Karzai said on Wednesday his government would not join U.S. peace talks with the Taliban and halted negotiations with Washington on a troop pact, underscoring the fragile nature of hopes for a negotiated peace in Afghanistan
Asked if the Taliban would renounce al Qaeda, which Washington considers a terrorist organisation, Naeem, the Taliban spokesman, said there was no clear definition of terrorism.
But Afghan officials, angered by the opening of a Taliban political office in Doha on Tuesday, said the United States had violated assurances it would not give official status to the insurgents.
"As long as the peace process is not Afghan-led, the High Peace Council will not participate in the talks in Qatar," Karzai said in a statement, referring to a body he set up in 2010 to seek a negotiated peace with the Taliban.
Underlining the importance of the process to the United States, the State Department said Secretary of State John Kerry would travel to Doha for meetings with senior Qatari officials on Friday and Saturday. A U.S. delegation had arrived in Qatar earlier for the Taliban negotiations, a diplomatic source said.
Fighting continued in the war-ravaged nation. Four U.S. soldiers were killed in a rocket attack on the heavily fortified Bagram base near Kabul late on Tuesday, international military officials said.
The Taliban's spokesman in Qatar on Wednesday confirmed the insurgency movement would attend Thursday's meeting with U.S. officials, but gave no time for the talks. The spokesman, Mohammed Naeem, told Reuters by telephone that no Afghan government officials would be at that meeting.
Karzai said the opening of the Taliban office in Qatar showed the United States had failed to honour promises made to the Afghan state about the role of that office.
An Afghan official said the office gave the Taliban "an official identity", to which the Kabul government objected.
"The U.S. officials told us the office will be used to move peace talks forward, but not to give them an identity," the official said.
"The Taliban's flag and the banner of the Islamic Emirate was something we did not expect," the official said, referring to the Islamic Emirate of Afghanistan, the name the Taliban used during their rule.
Senior Afghan officials told Reuters that Washington had given Kabul written assurance that the Taliban office did not constitute U.S. political recognition for the group.
"Before the opening of the office the United States gave us written guarantees, and they were violated," said one of two officials who spoke to Reuters on condition of anonymity.
On Tuesday, Karzai had said his government would also send a team to Qatar but added the talks should quickly be moved to Afghanistan.
Karzai's office said it was suspending talks on a security pact with the United States that will stipulate how many U.S. soldiers will stay in Afghanistan after most are pulled out by the end of next year. 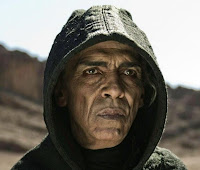 "In view of the contradiction between acts and the statements made by the United States of America in regard to the peace process, the Afghan government suspended the negotiations," Karzai's office said in a statement.
Negotiations on the Bilateral Security Agreement began this year and, if completed, will set out how many U.S. bases and soldiers will remain in Afghanistan once NATO ends combat operations by December 2014.
"The suspension of the talks will continue until there is clarity from the United States," the Afghan official said.
The Taliban have until now refused talks with Kabul, calling Karzai and his government puppets of the West. But a senior Afghan official said earlier the Taliban were now willing to consider talks with the government.
SIGN OF OPTIMISM
Despite the Afghan government's anger, the commitments by the United States and the Taliban to meet this week have raised hopes for a negotiated peace.
The Taliban have said they want a political solution that would bring about a just government and end foreign occupation of Afghanistan.
The first signs of optimism in peace efforts for many months come as the U.S.-led war effort reaches a critical juncture. The NATO command in Kabul on Tuesday handed over lead security responsibility to Afghan government forces across the country.
U.S. President Barack Obama, travelling in Europe, welcomed Karzai's announcement that Afghan forces would soon take responsibility for security from the U.S.-led NATO force.
"We do think that ultimately we're going to need to see Afghans talking to Afghans about how they can move forward and end the cycle of violence there so they can start actually building their country," Obama said at a joint news conference in Berlin with German Chancellor Angela Merkel.
Earlier, Obama cautioned against expectations of rapid progress in talks with the Taliban, saying the peace process would not be easy or quick.
U.S. officials said that in the talks in Doha, the United States would stick to its insistence that the Taliban break ties with al Qaeda, end violence, and accept the Afghan constitution, including protection for women and minorities.
"Once we define what terrorism is, for the Islamic emirate of Afghanistan (the Taliban), (we) will be able to say what is acceptable and what is not acceptable," he said.
The Taliban are expected to demand the return of former senior commanders now detained at the U.S. military prison at Guantanamo Bay in Cuba, a move opposed by many in the U.S. Congress, besides the departure of all foreign troops.
But the United States hopes to keep a force, of an as yet undetermined size, in the country after the end of the NATO combat mission.
(Additional reporting by Miriam Arghandiwal, Jeff Mason and Roberta Rampton in BERLIN, and Amena Bakr in DUBAI; Writing by Dylan Welch and Jim Loney,; Editing by Robert Birsel and David Storey)
http://uk.reuters.com/article/2013/06/19/uk-usa-afghanistan-taliban-idUKBRE95H0MT20130619