Vladimir Putin tells Cameron at G8: 'Syrian rebels are the same as those who killed Lee Rigby'

Arming the Syrian rebels could deliver weapons into the hands of the sort of people who killed Drummer Lee Rigby, Vladimir Putin warned.

The Russian president drew a direct parallel with the "violent assassination" of the soldier in Woolwich as he set out his hostility to Western efforts to aid the opposition to Bashar Assad's regime.
Mr Putin spoke out at a press conference marking the close of theG8 summit in Northern Ireland which produced a joint position from world leaders that could pave the way for a peace conference to find a way out of the deadly struggle for control of the Middle Eastern country.
Resistance from Russia meant the final statement made no reference to Assad's future.
But Mr Putin insisted that he had not been isolated in the talks with the other seven leaders - claiming that some agreed with him that there was not yet proof the regime had used chemical weapons.
It was the discovery of what the US said was convincing evidence that led President Barack Obama to say Washington could arm the rebels.
Britain and France - both in the G8 - led efforts to lift an EU arms embargo but Prime Minister David Cameron insists no decision to do so has been taken amid a political backlash at Westminster against any such escalation of British involvement. 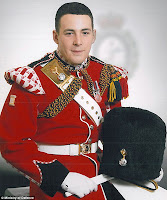 Asked about the issue, Mr Putin, speaking through an interpreter, defended his decision to continue supplying weapons to the regime, which he said was no more than completing legal contracts.
And in a direct message to Mr Cameron, he added: "Recently the British people suffered a huge loss. It was a tragedy next to his barracks on the streets of London. A violent assassination, a very brutal killing of a British serviceman.
"Clearly the opposition is not composed all of this but many of them are exactly the same as the ones who perpetrated the killing in London.
"If we equip these people, if we arm them what is going to control and verify who is going to have these weapons, including in Europe as well.
"So we call all our partners, before making this dangerous step, think about it very carefully."
http://www.belfasttelegraph.co.uk/news/g8-summit/vladimir-putin-tells-cameron-at-g8-syrian-rebels-are-the-same-as-those-who-killed-lee-rigby-29354824.html