I talked about Islam being the fastest growing demographic in Canada on Red Fox Blogger Radio today, and the contents of the article in which I recited left me less than optimistic, as I could literally feel the underlying resentment due to our "lack of understanding" of this self-described Religion of Peace.

"We need to be extra nice just because we're Muslims," lamented Amin Elshorbagy.

No offence, Mr. Elshorbagy, but I think trying to be "a little nicer" as part of your platform does little to assuage the informed opinion of the wider community which you so desire to share...


OTTAWA — The Islamic centre in Saskatoon is experiencing growing pains. Friday services have been split in two so local streets aren’t clogged with traffic. City officials and nearby residents are working with the centre to answer questions like where to put more parking?
“We have been experiencing this kind of steady increase for a while,” said Amin Elshorbagy, president of the Canadian Islamic Congress.
“We can see this in terms of the need to expand our infrastructure. Most of our Islamic centres are becoming very crowded.”
Across the country, the Muslim population is growing at a rate exceeding other religions, according to Statistics Canada. It is even growing faster than the number of Canadians identifying as having no religion, though just barely, according to the National Household Survey released Wednesday.
The Muslim population exceeded the one million mark, according to the survey, almost doubling its population for the third-consecutive decade....
Read More Here: http://news.nationalpost.com/2013/05/08/survey-shows-muslim-population-is-fastest-growing-religion-in-canada/
Read the Mission Statement of the English Defence League ~ it is quite reasonable ...and logical in that Canada must take heed to what it is telling us... 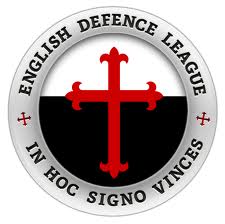 
Listen to my Pod-cast here: http://www.blogtalkradio.com/kel-fritzi/2013/05/20/take-heed-from-the-english-defence-league