Well... too little too late... a soppy, sloppy after-thought and an ad-hoc MANEUVER...I will not let Benghazi go, nor will I be appeased by this latest ploy... Anything that comes from the Obama Administration will never pass the sniff test of the Red Fox Blogger, as I have - as you have also - learned very difficult lessons by putting our trust in this Usurper-In-Chief. 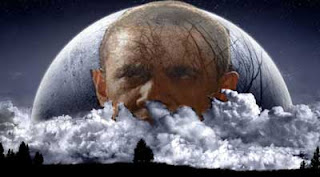 WASHINGTON — By late this summer, the State Department plans to send dozens of additional diplomatic security agents to high-threat embassies, install millions of dollars of advanced fire-survival gear and surveillance cameras in those diplomatic posts, and improve training for employees headed to the riskiest missions...

The price tag for the security improvements proposed after the attack on the diplomatic mission in Benghazi, Libya, last Sept. 11 has reached $1.4 billion to meet the most urgent needs, including additional personnel. But diplomats and lawmakers say it will take years and billions more dollars to fully carry out the changes called for by the independent review panel that investigated the assault, which killed four Americans and touched off a highly charged political debate about the Obama administration’s ability to ensure the security of overseas outposts.
The State Department is racing to fulfill the 29 recommendations made by the panel as threats against United States Embassies in Egypt, Yemen and other hazardous places have sharply increased in recent months. But even as it does, the department’s ability to correct the security flaws, the financing to do it, and the review panel itself, led by the veteran diplomat Thomas R. Pickering, have all come under attack from House Republicans who have seized on the Benghazi issue.
“It remains to be seen how well the State Department implements the board’s recommendations,” said Representative Ed Royce, a California Republican who leads the House Foreign Affairs Committee. “But for any changes to succeed, they must embrace responsibility and accountability at senior levels, which hasn’t happened in this case.”
Democrats who have criticized Republicans for what they say is the politicization of the Benghazi episode have also vowed to scrutinize the government’s response. “We need to make sure they’re following through,” said Representative Eliot L. Engel of New York, the Foreign Affairs Committee’s ranking Democrat. “We have to make sure there are no future Benghazis.”
Secretary of State John Kerry on Monday outlined the recommendations from the department panel — officially known as the Accountability Review Board — that have been put in place. He said that the department had increased training and security personnel, adding Marines to the diplomatic posts that face the highest threats. “And we’re making sure that their first responsibility is protecting our people, not just classified materials,” he said.
Mr. Kerry said the department was working with the Pentagon to link embassies and consulates more closely to the military’s regional commands.
President Obama, seeking to regain his footing amid repeated questions over the attack and his administration’s handling of it, sought last week to put the onus on Congress to appropriate enough money for carrying out the recommendations made by the board, five of which deal with classified information and were not made public.
“We also need Congress to work with us to provide the resources and new authorities so we can fully implement all of the recommendations of the Accountability Review Board,” Mr. Obama told reporters at a White House news conference.
Brendan Buck, a spokesman for Speaker John A. Boehner, said that the financing for the improvements, which Congress shifted away from the department’s operations in Iraq, “addresses expeditiously” the investigative panel’s recommendations.
The White House, however, has also requested $4.4 billion for diplomatic security measures and construction as part of its annual budget submission to Congress.
In its report last December, the five-member investigative panel addressed seven main categories of problems, mostly related to the department. These included the ineffective security provided by the Libyan government; staffing shortfalls, including high turnover among American diplomatic security personnel; faulty fire-safety and security equipment, including surveillance cameras; and poor performance by specific officials.

Even before the report’s findings were issued, the State Department appointed for the first time a senior official — a deputy assistant secretary of state — to ensure that embassies and consulates in dangerous places got sufficient attention.

As part of that effort, department officials are testing new fireproofing standards for steel, glass and concrete used to build embassies and consulates, at an Air Force research laboratory and some Army bases.
In some cases, the department has been able to address the panel’s recommendations on its own. The department is revamping deployment procedures to increase the number of experienced and well-trained personnel serving in high-risk posts, and to reduce the high turnover rate that the panel identified as a problem.
In other instances, the department needs Congress to approve new authorities and financing for training and rehiring retired personnel to fill staffing gaps. In January, the State Department proposed legislation that would allow future investigative bodies to recommend disciplinary action based on demonstrated poor leadership during security episodes.
As part of the $1.4 billion Congress approved this year, $553 million will go to recruiting, training and deploying about 350 Marine security guards to two dozen high-risk embassies in places like Afghanistan, Iraq, Yemen and Kenya. The first 90 additional Marine guards are expected to arrive by the end of the year, State Department officials said. Currently, there are about 1,200 Marine guards in more than 130 countries.
In addition to more Marines, who are mainly responsible for securing classified material in the diplomatic posts, the State Department also created 151 new diplomatic security positions; 113 are expected to be hired by the end of September. The remainder will be hired in fiscal 2014. In addition, the department has improved and expanded efforts to upgrade language capacity, especially Arabic, among American employees, including diplomatic security agents. The department is seeking $2 million from Congress to expand a two-year training course. In the meantime, a 12-week introductory class for diplomatic security agents begins Oct. 1.
Beyond the recommendations outlined in the panel’s report, the administration is taking other steps to address shortcomings in security.
The Pentagon is revamping its quick-response forces around the globe to respond faster to crises like the one in Benghazi. The independent investigation determined that military intervention would not have prevented the deaths of the Americans there, but lawmakers from both parties have expressed anger that the military was caught flat-footed.
As the first part of this overall plan, the Marines are sending a special 500-member combat team to Spain that will be ready to deploy on six hours’ notice to hot spots in Africa and the Mediterranean.
The corps is also creating a group of 120 Marines based in Quantico, Va., which by the end of the summer will be able to send teams of 10 to 12 Marines on short notice to embassies and consulates to reinforce the Marines stationed there.
Finally, the review panel sharply criticized “systemic failures” as well as “leadership and management deficiencies” within divisions of the State Department. As a result, four department officials who dealt with security issues were removed from their jobs and placed on administrative leave. Jen Psaki, a department spokeswoman, said last week that Mr. Kerry would decide their fates soon.
“None of these individuals identified by the Accountability Review Board are in the positions held prior to the report’s release and at the time of the attack,” Ms. Psaki told reporters on Thursday.
That action has left several House and Senate Republicans dissatisfied that the review panel failed to hold any senior State Department officials accountable, and failed to question Secretary of State Hillary Rodham Clinton when it presented her with its preliminary findings late last year.
“While the administration’s solution is just to spend more money,” said Senator Bob Corker of Tennessee, the senior Republican on the Foreign Relations Committee, “it is clear that correcting these failures requires accountability and changing a culture at the State Department that failed to prioritize resources despite repeated warnings and pleas for additional security.”
Source: http://www.nytimes.com/2013/05/21/us/politics/after-benghazi-us-pressing-ahead-on-security-upgrades.html?pagewanted=2&_r=2&nl=us&emc=edit_cn_20130520