Posted: 14 May 2013 04:53 PM PDT
The media, in one of its bursts of manufactured moral panic, has turned its eye on the teenage girls tweeting and tumblring away in support of Boston Marathon bomber, Dzhokhar Tsarnaev. Serial killers have always had their fan clubs. Before the Boston Marathon bombings spawned the #FreeJahar crowd, there were the Holmies, who adored James Holmes, who murdered 12 people at a screening of The Dark Knight Rises. 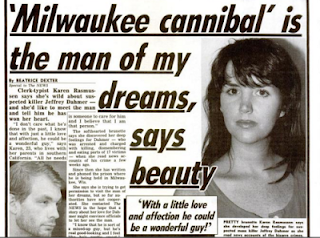 Even if Adam Lanza hadn't committed suicide, it's doubtful that he would have his own Lanzies fan club or a #FreeAdam hashtag. It's not that he killed children. Dzhokhar Tsarnaev murdered Martin Richard, an 8-year-old boy. James Holmes murdered Veronica Moser-Sullivan, a 6-year-old girl. Murdering children is not a turnoff for serial killer groupies, but Adam Lanza's drawn gnomish face and bowl haircut would be.

Charles Manson had an entire cult around him. Some members like Squeaky Fromme went on worshiping him and trying to kill in his name even once he was behind bars. If Fromme were a teenage girl today, she would have a Tumblr and #InLoveThereIsNoWrong would be a hashtag....